You will experience the personalized attention of a boutique firm backed by the financial strength and reputation of Northwestern Mutual. 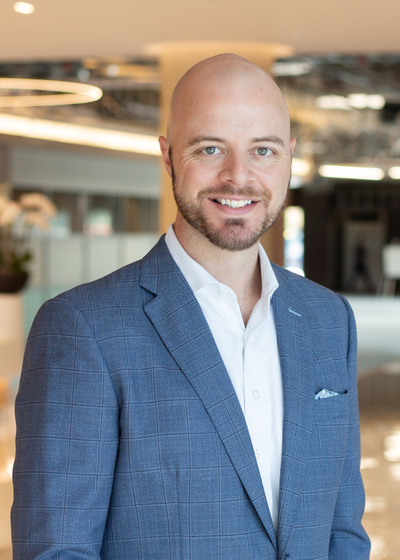 I married the first girl I ever had a crush on, Stephanie, on June 29th, 2013. We're both from the same small town in Iowa, but never dated until after college. She graduated from SMU in Dallas, and a few years later in 2011 I relocated from Iowa to Texas to be closer to her. We live in Kessler Park in Dallas with our 2 sons, Watson (born August 2017) and Xander (born June 2020), and our dog, Piper. We are parishioners at St Thomas Aquinas Catholic Church.

We love trying new things, traveling, biking, visiting our families back in Iowa, being outdoors, and cooking. I'm a Chicago sports fan through and through (I have taken a liking to some Dallas sports teams), and passionately follow my alma mater, the University of Iowa. I also serve on the Board of Directors for the DFW Iowa Alumni Club and as President of the club and our 3,000+ members. I enjoy spending time with my Little, Trey. I love to golf. I enjoy a good challenge (I completed my first marathon in 2014), and meeting new people and hearing their stories.

I thoroughly enjoy bringing people together, especially for a good cause. It's important to me to give back and spend time raising money for various charities, such as Team Connor Childhood Cancer Foundation and the Dash for the Beads non-profit, which I serve on the board. 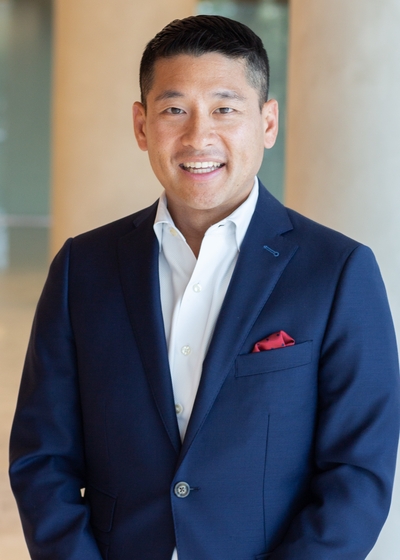 Loren Hsiao was born in Lubbock, TX but grew up in Plano, Texas. He graduated with a bachelor’s degree in Business Administration from Texas A&M University.

He and his wife Stephanie live in Fairview, Texas. They have three children, Aidan, Caleb, and Abby Claire. Their entire family is involved at the kids' school, Coram Deo Academy. They also enjoy an active lifestyle through participation in various sports and Camp Gladiator.

Loren Hsiao, CFP®, CLU®, enjoys their office culture built around the acronym H.E.A.R.T., which stands for holistic, empower, adventure, relevance, and truth. It is what he asks of his staff and in turn, it is what his staff can count on from him.

While he has been able to set the standard for an outstanding work culture through the visual that the H.E.A.R.T. acronym represents, his own standard for professional growth, work ethic and even his entrepreneurial streak, were formed by another heart beat – that of his father David Hsiao.

“My parents are immigrants from Taiwan, in fact my father came here as a graduate student, not knowing anyone, not being able to speak English and leaving my mom behind when they were just newlyweds,” Loren Hsiao said with amazement.

The decision to make such a drastic change from their homeland in Taiwan where David and Jenny Hsiao first met, was because of David’s strong desire to give his wife and future family the very best that he could give them. In order to obtain such a lofty goal, he knew his future rested in the United States.

“Landing in Lubbock, Texas was a bit of a culture shock for my dad,” Loren Hsiao said. “Fortunately, his graduate advisor at Texas Tech, Dr. Leland Tribble, embraced him like his own son and showed him the ropes. He told my dad that when he wasn’t in class, that my dad should follow him everywhere, and he did just that.”

Because of that friendship and fatherly support that David Hsiao received, he soon acclimated, learned English well and decided on a graduate program in engineering. Soon the year requirement for spouses to immigrate was over and his wife was able to join him in Lubbock.

“And as things often happen, I was born nine months later,” laughed Loren Hsiao. “I was a bit of a surprise to say the least and they were not quite ready for me.”

David Hsiao knew that in order to provide for his new family, he would have to take on extra work outside of his classes. That extra work took the form of three part-time jobs, causing him to race home from class, wolf down a quick meal, nap briefly and then head back out the door for his next job.

“He could never recharge himself to 100%, there just wasn’t enough time in the day,” Loren Hsiao said.

The impact of the sacrifice his father made for him was particularly poignant, when one day Loren asked his dad to stay and play with him.

“My dad said he couldn’t because he had to go earn money for us. In Mandarin, the word “earn” is a homophone for “spin,” which looks and sounds very similar. When I heard him say that, I thought he was spinning a quarter on a table. I pulled out a quarter and tried to spin it for him, so he could stay home with me,” Loren Hsiao said.

As his father watched his son spinning quarters on a table, David Hsiao saw that his son simply couldn’t realize how important his sacrifice of time was to the family. In turn, Loren Hsiao still remembers that moment as it has become a symbol of his commitment to becoming a hard worker to provide a better opportunity for his family and clients.

“My dad gave up everything for his future family. He left his homeland, his friends, and his culture,” Loren Hsiao said. “He never had the privileges we had and he wanted us to have every opportunity available to succeed and grow. He was able to pay for my college education and my two brothers’ as well. We graduated with zero student loans! This was only possible because of my mom and dad’s sacrifices.”

"I often think about my parents' sacrificial life. I picture our family's possessions of time, money, and energy as a commodity; I imagine my dad watching me spin quarters,” Loren Hsiao said. “What would it look like for me to put myself in an uncomfortable position to make another person’s life better? I want to invest my time well and make an impact in the lives of others."

Loren Hsiao is thankful that he was able to find a career in financial planning and become a Co-Founder of 22 One Advisors. This allows for deep connection with clients and an opportunity to serve them. He is thankful too that his dad taught him the importance of sacrifice and the ability to seek out challenging opportunities.

“My dad knew that our family’s opportunity was in the United States and his decision paid off. As a Mandarin-speaking engineer back when the doors of the Asian markets flew open, he became invaluable to his company,” Loren Hsiao said. “I knew that my own opportunities could be made through hard work and sacrifice, just like my dad. I will be forever grateful of the example that my dad and mom provided.” 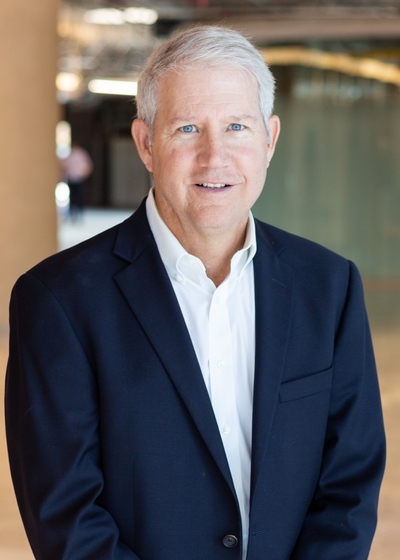 Kevin started his practice in 1976 and brings a wealth of knowledge to our firm. His heart to serve and honor his clients has flowed down into the creation and culture of our firm. A desire for continued personal client service beyond his career and lifetime was a catalyst for the creation of 22 One Advisors. 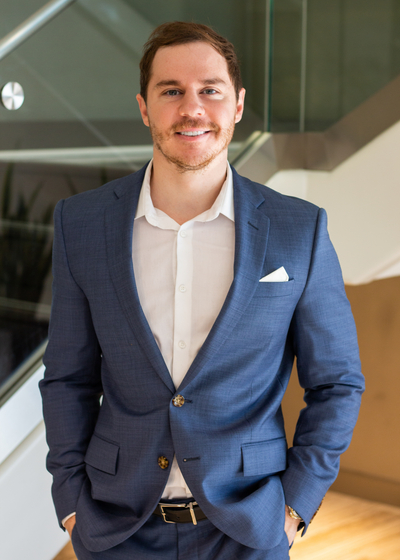 Andrew specializes in the building and implementation of comprehensive financial plans that integrates and balances risk management alongside asset management.

Andrew enjoys traveling and is an avid sports fan and supports the Leukemia & Lymphoma Society. 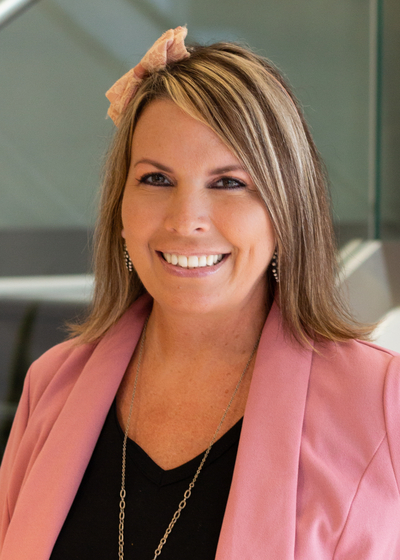 Mandy Ferris began her future with Northwestern Mutual in October 2013 and is both proud and delighted to be part of our team.

Before starting to work for NM she worked with a pain management clinic for 8 years as a medical assistant, where she acted as an empathetic liaison to the patient and coordinated their care between their doctors and their insurance companies. This experience made her increasingly aware of the value and importance of planning financially for one’s future.

Mandy is a true Texan, born and raised in Dallas, she’s also an avid Dallas Mavericks, Texas Rangers, and Dallas Cowboys fan, and in her leisure time she loves to travel, cook, and spend time with friends. 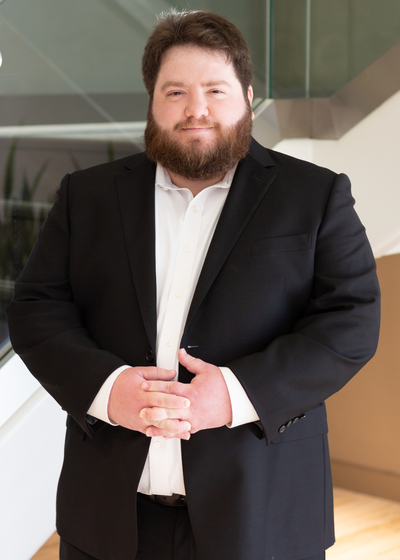 Ben began his financial service career in 2016 and has since acquired his Series 7 and 63 certifications. Quickly earning a reputation as the go-to source of information, Ben spent several years playing a key role in developing new advisors and representatives as they entered the financial services industry.

A lifelong DFW resident, Ben finally bought his first house in McKinney at the beginning of 2020 along with his wife, Courtney. They moved in on their first wedding anniversary. Ben’s entire family is devoted to the sports of baseball and softball and die-hard fans of the Boston Red Sox.

It’s not hard to catch Ben on the softball field alongside his father, brother, cousins or uncles. His grandfather was involved in the creation of the Temple Shalom Softball League in 1975 and has grown into a 20-team draft league that stands the test of time! In the off season, Ben enjoys camping and aspires to publish a series of fiction novels. 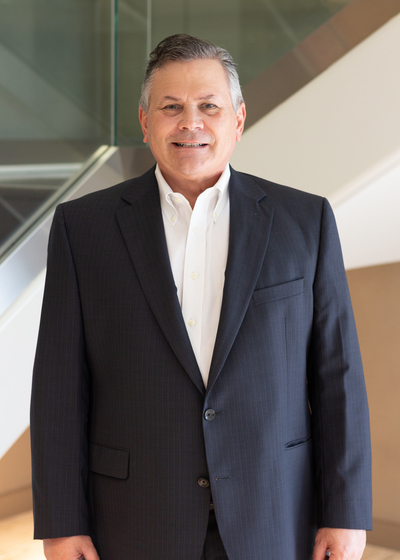 Director of Employer and Participant Services

Director of Employer and Participant Services

Tom has tremendous knowledge with 30 years of service experience with Qualified Plans. During that time, he worked at Hartford, Paychex and recently for Transamerica in supporting plan sponsors and their participants.

As the Director of Employer & Participant Services, Tom Engelhard supports the facilitation of the advisory services of your plan in the following ways: 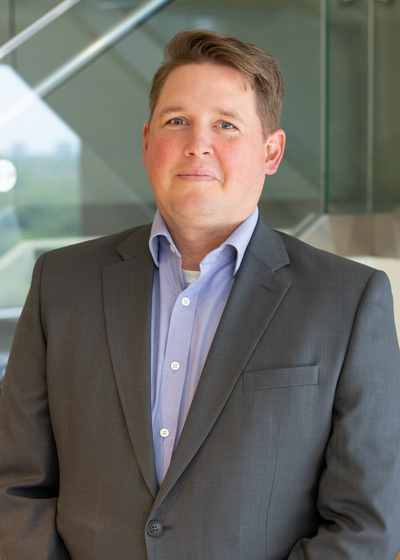 Lee Ezzell began with NM 2014, working closely with Loren Hsiao and his clients before departing in 2019. After gaining valuable knowledge in commercial real estate, Lee rejoins our firm to help both our 401(k)/qualified plan sponsors & participants, as well as our wealth management clients. 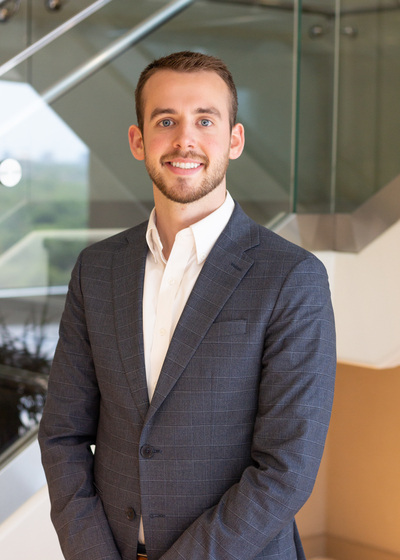 Matt is native to the North Dallas area. Having grown up as the youngest of six children, his passion for finance came early, as he saw his parents deal with the stresses of raising a large family. Matt started his career in financial services with Northwestern Mutual in 2019. He has completed the Series 6 - Investment Company Products/Variable Contracts Representative Examination and the Series 63 - Uniform Securities Agent State Law Examination. On weekends, Matt can be found teaching Sunday school to 4 & 5 year olds with his wife, Anna. 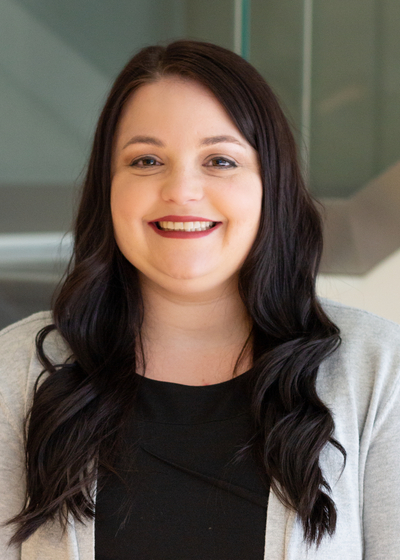 Jamie joins us after spending years in the medical field, and has translated her experience into quickly becoming an expert in investment advisory and insurance operations.